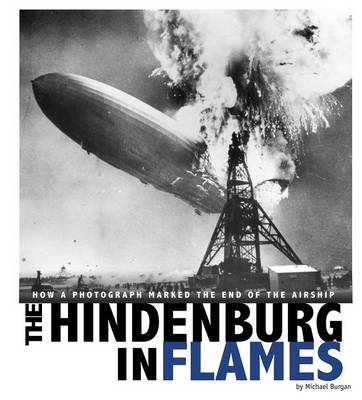 Hindenburg in Flames: How a Photograph Marked the End of the Airship

Description - Hindenburg in Flames: How a Photograph Marked the End of the Airship by ,Michael Burgan

When it went down in flames, the Hindenburg went down in history. The era of airship travel ended with a disastrous explosion May 6, 1937. Sam Shere's photo of the Hindenburg in flames has been called the most famous news photograph ever taken. The entire episode from first flash to destruction took less than a minute. It happened so fast that Shere, who could feel the heat of the burning airship, had no time to raise his camera to his eye. His famous photo, which was the first ever to show a major air disaster as it happened, was shot from the hip. AGES: 10-15 AUTHOR: Michael Burgan has written numerous books for children and young adults during his nearly 20 years as a freelance writer. Many of his books have focused on U.S. history, geography, and the lives of world leaders. He has also written fiction and adapted classic novels. Michael has won several awards for his writing, and his graphic novel version of the classic tale Frankenstein (Stone Arch Books) was a Junior Library Guild selection. Michael has also worked as an editor at Weekly Reader, the classroom news magazine used in schools across the United States. SELLING POINTS: Over 225,000 copies sold in the Captured History series Critically acclaimed A fresh way to present important historical events

Buy Hindenburg in Flames: How a Photograph Marked the End of the Airship by ,Michael Burgan from Australia's Online Independent Bookstore, BooksDirect.

Other Editions - Hindenburg in Flames: How a Photograph Marked the End of the Airship by ,Michael Burgan