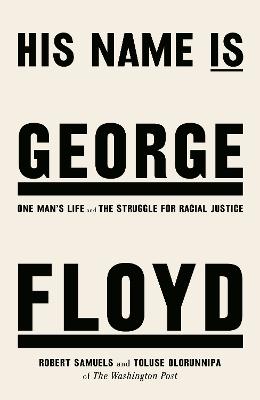 His Name Is George Floyd: One man's life and the struggle for racial justice

Description - His Name Is George Floyd: One man's life and the struggle for racial justice by Robert Samuels

Written by two award-winning reporters with unprecedented access, this is the only definitive biography of George Floyd.

The murder of George Floyd sparked a fiery summer of activism and unrest all over the world in 2020, with peaceful protests sometimes erupting into violent clashes. From Shetland to Sao Paolo, from Honolulu to Hobart, people marched under the Black Lives Matter banner, decrying Floyd's death and demanding an end to racial injustice. The movement has led corporations to redouble their efforts, universities to refocus on inclusion, and government officials to examine the causes of systemic inequality. Drawing on The Washington Post's unrivalled archives, in-depth reporting and award-winning series on Floyd, His Name Is George Floyd is a definitive biography that dives deep into the myriad ways that structural racism shaped Floyd's life and death. Telling his personal story within the context of America's troubled race history, it features fresh and exclusive reporting as well as unparalleled access to Floyd's family and the people who were closest to the man whose name has become one of the most recognized on the planet. By zooming in for an intimate portrait of this one, emblematic life, while also pulling back to profile the institutions that shaped it, the authors deliver a powerful exploration of institutional racism and of a public reckoning of unprecedented breadth and intensity.

Buy His Name Is George Floyd: One man's life and the struggle for racial justice by Robert Samuels from Australia's Online Independent Bookstore, BooksDirect.

Other Editions - His Name Is George Floyd: One man's life and the struggle for racial justice by Robert Samuels 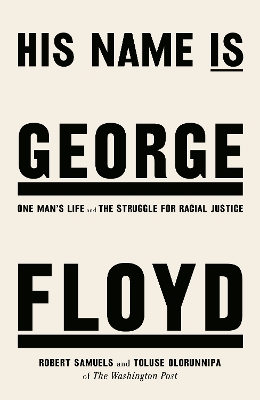 A Preview for this title is currently not available.
More Books By Robert Samuels
View All