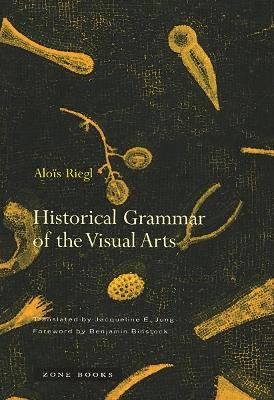 Historical Grammar of the Visual Arts

Description - Historical Grammar of the Visual Arts by Alois Riegl

The first English translation of one of the earliest and most brilliant art-historical surveys, from one of the greatest modern art historians

Alois Riegl (1858-1905) was one of the greatest modern art historians. The most important member of the so-called Vienna School, Riegl developed a highly refined technique of visual or formal analysis, as opposed to the iconological method championed by Erwin Panofsky with its emphasis on decoding motifs through recourse to texts. Riegl pioneered new understandings of the changing role of the viewer, the significance of non-high art objects such as ornament and textiles, and theories of art and art history, including his much-debated neologism Kunstwollen (the will of art). Finally, his Historical Grammar of the Visual Arts, which brings together many of the diverse threads of his thought, is available to an English-language audience in a superlative translation by Yale professor Jacqueline E. Jung. In one of the earliest and perhaps the most brilliant of all art historical 'surveys,' Riegl addresses the different visual arts within a sweeping conception of the history of culture. His account derives from Hegelian models but decisively opens onto alternative pathways that refuse attempts to reduce art merely to the artist's intentions or its social and historical functions.

Other Editions - Historical Grammar of the Visual Arts by Alois Riegl 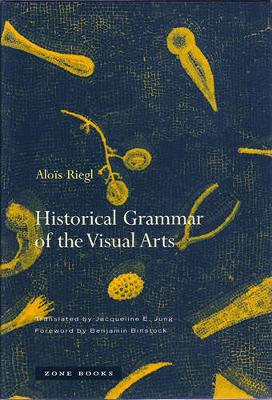 A Preview for this title is currently not available.
More Books By Alois Riegl
View All