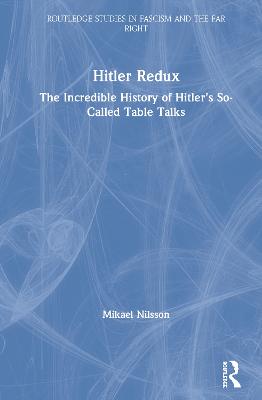 After Hitler's death, several posthumous books were published which purported to be the verbatim words of the Nazi leader - two of the most important of these documents were Hitler's Table Talk and The Testament of Adolf Hitler. This ground-breaking book provides the first in-depth analysis and critical study of Hitler's so-called table talks and their history, provenance, translation, reception, and usage.

Based on research in public and private archives in four countries, the book shows when, why, where, how, by and for whom the table talks were written, how reliable the texts are, and how historians should approach and use them. It reveals the crucial role of the mysterious Swiss Nazi Francois Genoud, as well as some very poor judgement from several famous historians in giving these dubious sources more credibility than they deserved. The book sets the record straight regarding the nature of these volumes as historical sources - proving inter alia The Testament to be a clever forgery - and aims to establish a new consensus on their meaning and impact on historical research into Hitler and the Third Reich.

This path-breaking historical investigation will be of considerable interest to all researchers and historians of the Nazi era. 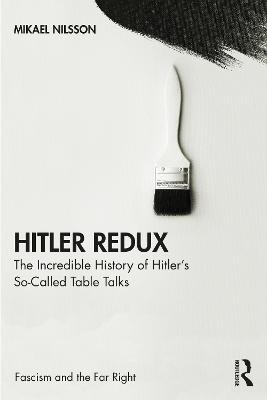 A Preview for this title is currently not available.
More Books By Mikael Nilsson
View All