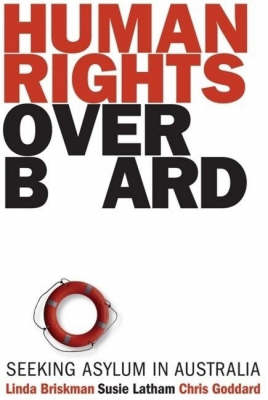 In 2005, in the wake of the Cornelia Rau scandal, a citizen's inquiry was established to bear witness to events in Australian immigration-detention facilities. Until then, the federal government had refused to conduct a broad-ranging investigation into immigration detention in Australia, and the operations within detention centres had been largely shrouded in official secrecy. The People's Inquiry into Detention (as it came to be called) heard heartbreaking evidence about asylum-seekers' journeys to Australia, their detention process, life in detention, and life after detention. In total, around 200 people testified to the inquiry, and a similar number of written submissions were received. Human Rights Overboard draws together, for the first time, the oral testimony and written submissions from the inquiry in a powerful and vital book that stands as an indelible record of one of Australia's bleakest legacies. Clearly and comprehensively presented, the book is a haunting journey guided by voices from every side of the fence- former immigration detainees, refugee advocates, lawyers, doctors, psychiatrists, and former detention and immigration staff. Together, their stories bear testimony to a humanitarian disaster that Australia caused, and that must be remembered so that it never happens again. With a foreword by prominent humanitarian lawyer Julian Burnside, Human Rights Overboard is an essential book that will resonate with the Australian public and, indeed, the world, for years to come.