Hydrogen is widely described as a significant fuel of the future with the potential to make a major contribution to the resolution of pressing social and environmental problems such as carbon emissions, energy security and local air pollution. This book, based on four years of detailed research, subjects the promise and potential of hydrogen to searching, in-depth socio-economic analysis. Most current books on this issue consist either of technical description or of optimistic hyperbole about the contribution that hydrogen is likely to make to future energy supplies. This book shows that the technical, economic and social challenges that will need to be successfully addressed for hydrogen to make its hoped-for contribution are formidable. This book is the first to assess these challenges in a comprehensive and realistic way. It begins by discussing the different technologies for the production, distribution, storage and use of hydrogen, and analyses both the economics of these technologies and the risks they pose.
It goes on to describe various experiences with aspects of a hydrogen economy in two parts of the world - the UK and Canada - and then assesses the nature of different hydrogen futures that might develop depending on how the technology, economics, social acceptance and policy frameworks play out in different contexts. The futures are modelled in the context of the UK energy system to show in detail the role that hydrogen might play in 2050. It shows that such a role depends critically on hydrogen being accepted by the public, and this issue is explored in depth, reporting the results of a number of public engagement exercises. It also depends on substantial and sustained support for hydrogen by public policy, to create the market conditions that will foster and diffuse hydrogen applications through the economy. The book ends by setting out the policy drivers and levers which could stimulate a virtuous circle of research and development, innovation and investment that might ultimately generate a sustainable hydrogen economy.
This is essential reading for economists, engineers, business leaders, investors, policy makers, researchers and students who are interested in the future of the energy system and the part that hydrogen might play in it. 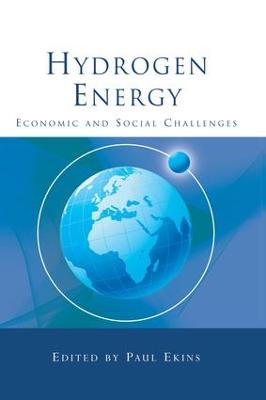 A Preview for this title is currently not available.
More Books By Paul Ekins
View All