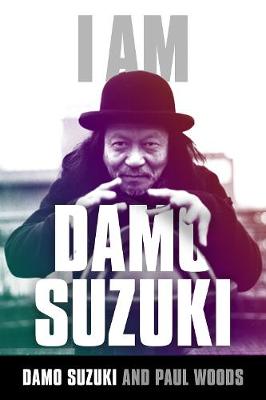 I am Damo Suzuki

Description - I am Damo Suzuki by Paul Woods

By the time The Fall released `I Am Damo Suzuki' in the mid-1980s, the elusive legend to which the song paid tribute had returned to music. Since making his name as the vocalist of the great German band Can, Kenji `Damo' Suzuki has united a vast range of musicians across the globe through The Damo Suzuki Band and Damo Suzuki's Network.
Now in his seventh decade, Damo is as contemporary a figure as ever. I Am Damo Suzuki encompasses his personal travelogue, his spiritual journey and the life-force that has allowed him to twice rise above life-threatening illness.
Paul Woods' narrative - drawing on interviews with Suzuki himself, family members, bandmates and friends - evokes the decades-long odyssey of a musical enigma.

A Preview for this title is currently not available.
More Books By Paul Woods
View All