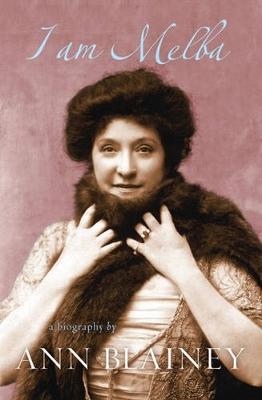 I am Melba: A Biography

Description - I am Melba: A Biography by Ann Blainey

I Am Melba - how a Melbourne girl defied her father and left her husband to become the most famous singer of the age. Growing up in Melbourne, Nellie Mitchell showed musical promise and dreamed of fame, but her father had more orthodox plans in mind. Early marriage took her to the Queensland cane-fields - but her ambitions remained, and she soon fled to London, trusting in talent and luck to get her by.

Within a few years, reborn as Nellie Melba, she was performing to overflowing concert halls, hobnobbing with royalty and collaborating with Europe's most renowned musicians. When her affair with the heir to the defunct French throne was discovered, the press chased them from Paris to St Petersburg and back again, desperate for a glimpse of "the Voice" and her royal conquest.

Feted and condemned by critics, relentlessly pursued by the press and mobbed by adoring fans, Dame Nellie Melba was Australia's first superstar. Behind the scenes, she was a canny businesswoman, an affectionate mother and a playful practical joker. When she died - apparently after a botched face-lift - flags were flown at half-mast and thousands turned out to see her funeral cortege.

In this definitive biography, Ann Blainey captures the exuberance, controversy and pathos of a remarkable Australian life.

Buy I am Melba: A Biography by Ann Blainey from Australia's Online Independent Bookstore, BooksDirect.

Other Editions - I am Melba: A Biography by Ann Blainey 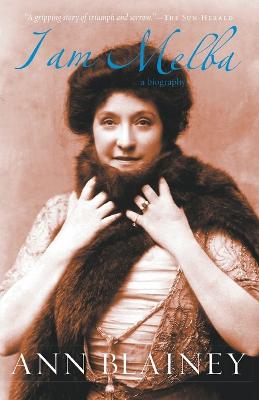 A Preview for this title is currently not available.
More Books By Ann Blainey
View All