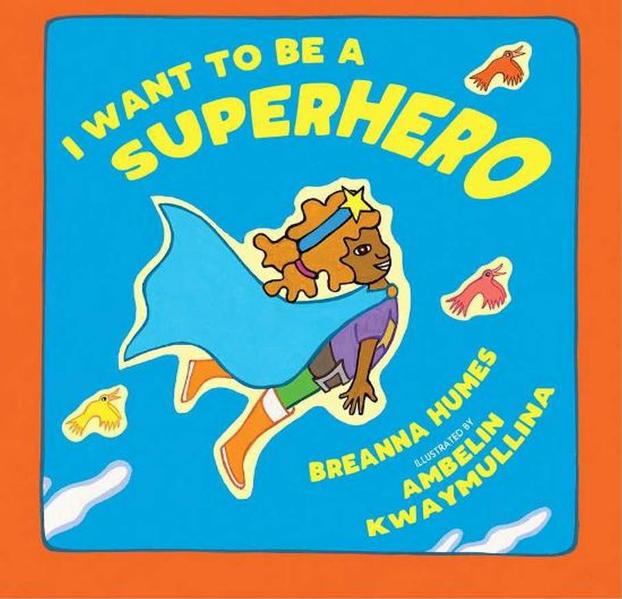 I want to be a Superhero

Description - I want to be a Superhero by Breanna Humes

Breanna wrote this story when she was 8 years old and wanted to fly.

Beautifully told and illustrated story of Breanna, who wants to be a superhero. She asks family and friends if she can become a superhero by wishing upon a shooting star. She tries but it doesn't work. Breanna is finally happy with the idea of working hard and becoming a superhero doctor, lawyer, engineer or vet. But she still wants to fly!

'A little girl in a homemade blanket cape wants to be a superhero, and not just any superhero, she wants to fly! Breanna, the girl in question, is a younger version of author and Noongar, Gunditjmara, Wiraderjiri and Jawoyn woman Breanna Humes, who also wanted to be a superhero at that age. In the book this young Breanna asks her mum and Kabarli (nana) if wishing on a star will give her the special powers she wants. They say no, but Breanna's Pop says,'You never know unless you try,' so the four of them get in the car to find a shooting star. When the family reaches the beautiful double-page spread of Ambelin Kwaymullina's vivid and colourful Milky Way illustrations, Breanna sees a shooting star and wishes for flying powers ... but nothing happens. That's when her mother and Kabarli teach her that there's more to being a superhero than flying, and in fact doctors, lawyers, engineers and vets can all save the world in their own ways. This book will appeal to kids who love superheroes and are trying to find the place of heroes in the world.' - Cassie Lynch, Books+Publishing

Buy I want to be a Superhero by Breanna Humes from Australia's Online Independent Bookstore, BooksDirect.