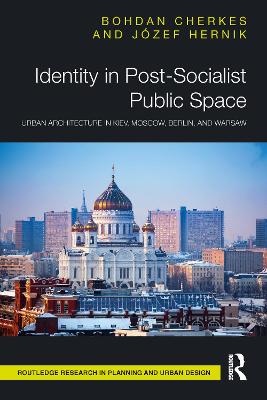 This book is a comparative analysis of the architecture of central public spaces of capital cities in Central and Eastern Europe during the period of their authoritarian and post-authoritarian development.

It demonstrates that national identity transformations cause structural changes in urban public spaces, and theorises identity and national identity within urban planning in order to explain the influence of historical, cultural, mental, social as well as ideological and political conditions on the processes of shaping and perceiving the architecture of public space. The book addresses the process of shaping and restructuring historic centres of European capital cities of Kiev, Moscow, Berlin, and Warsaw, which developed under authoritarian regime conditions throughout the 20th century and were characterised by ideological determinism and the influence of state ideology and politics on the architecture of public spaces.

The book will be useful for urban planners, architects, land management specialists, art historians, political scientists, and readers interested in the theory and history of cities, the fundamentals of urban planning and architecture, and the planning of cities and public spaces.