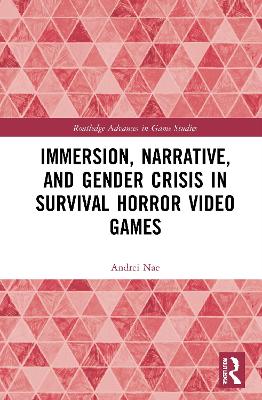 This book investigates the narrativity of some of the most popular survival horror video games and the gender politics implicit in their storyworlds. In a thorough analysis of the genre that draws upon detailed comparisons with the mainstream action genre, Andrei Nae places his analysis firmly within a political and social context.

In comparing survival horror games to the dominant game design norms of the action genre, the author differentiates between classical and postclassical survival horror games to show how the former reject the norms of the action genre and deliver a critique of the conservative gender politics of action games, while the latter are more heterogeneous in terms of their game design and, implicitly, gender politics.

This book will appeal not only to scholars working in game studies, but also to scholars of horror, gender studies, popular culture, visual arts, genre studies and narratology.