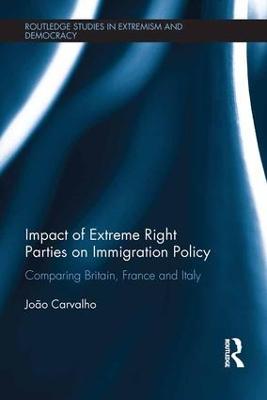 Drawing on a mixed research methodology with a strong qualitative character, this book traces the political impact of the British National Party in the UK, the Front National in France and the Lega Nord in Italy by exploring their contagion effects on immigration politics and policy in particular over the patterns of inter-party competition, public behaviour and policy developments.

Featuring detailed case studies of the UK, France and Italy as three mature multi-party democracies where the extreme right was on the rise during the past decade, this work will be of great interest to students and scholars of populism, extremism, European politics and comparative and party politics. A Preview for this title is currently not available.
More Books By Joao Carvalho
View All