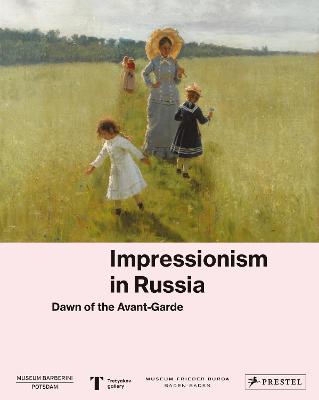 Impressionism in Russia: Dawn of the Avant-Garde

Description - Impressionism in Russia: Dawn of the Avant-Garde by The Museum Barberini

Explore the influence of Impressionism on Russian painters at the end of the 19th century and early 20th century. In the late 19th century, numerous Russian artists found inspiration in the style of French Impressionist painters. Often, a journey to Paris acted as a catalyst for their burgeoning interest in the movement. They developed a preference for working en plein air and aimed to capture transitory effects through a spontaneous and free handling of the brush. Many leading painters of the later Russian avant-garde arrived at their individual styles due to studying the Impressionist use of light. This lavishly illustrated volume explores the many-layered ways French Impressionism influenced the evolution of Russian art from the 1880s to the 1920s, including the work of painters as diverse as Ilya Repin, Valentin Serov, Konstantin Korovin, Natalia Goncharova, and Kazimir Malevich. Essays by many of the leading scholars in the field provide rich new insights into one of the most intriguing chapters of Russian modernism. 200 colour illustrations

Buy Impressionism in Russia: Dawn of the Avant-Garde by The Museum Barberini from Australia's Online Independent Bookstore, BooksDirect.