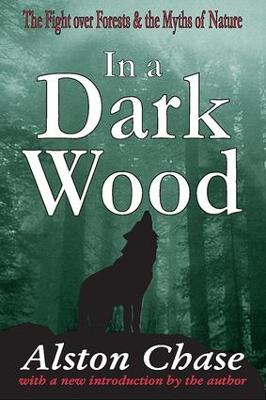 In a Dark Wood

A Critical History of the Fight Over Forests

Description - In a Dark Wood by Alston Chase

In a Dark Wood presents a history of debates among ecologists over what constitutes good forestry, and a critique of the ecological reasoning behind contemporary strategies of preservation, including the Endangered Species Act. Chase argues that these strategies, in many instances adopted for political, rather than scientific reasons, fail to promote biological diversity and may actually harm more creatures than they help. At the same time, Chase offers examples of conservation strategies that work, but which are deemed politically incorrect and ignored.

In a Dark Wood provides the most thoughtful and complete account yet written of radical environmentalism. And it challenges the fundamental-but largely unexamined-assumptions of preservationism, such as those concerning whether there is a "balance of nature," whether all branches of ecology are really science, and whether ecosystems exist. In his new introduction, Chase evaluates the response to his book and reports on recent developments in environmental science, policy, and politics.

In a Dark Wood was judged by a recent national poll to be one of the one hundred best nonfiction books written in the English language during the twentieth century. A smashing good read, this book will be of interest to environmentalists, ecologists, philosophers, biologists, and bio-ethicists, and anyone concerned about ecological issues.

Other Editions - In a Dark Wood by Alston Chase 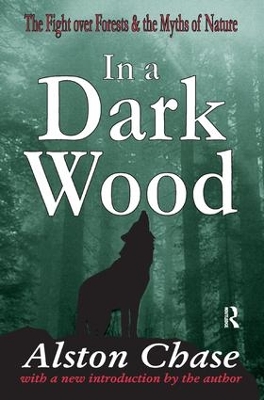 A Preview for this title is currently not available.
More Books By Alston Chase
View All