In Pursuit of Civility: Manners and Civilization in Early Modern England

Description - In Pursuit of Civility: Manners and Civilization in Early Modern England by Keith Thomas

A SUNDAY TIMES, EVENING STANDARD, SPECTATOR AND NEW STATESMAN BOOK OF THE YEAR

"In this gloriously rich book, Keith Thomas, one of our greatest living historians, explores how the idea of civility, from lavatory habits to table manners, evolved in early modern England."-Dominic Sandbrook, Sunday Times

"One of the most entertaining books imaginable."-Philip Hensher, Spectator

"Our finest living historian gives a dismayingly entertaining survey of what was held to be civilised behaviour and what barbarous in England between 1500 and 1800."-Claire Tomalin, New Statesman

Keith Thomas's seminal studies Religion and the Decline of Magic, Man and the Natural World, and The Ends of Life, explored the beliefs, values and social practices of the years between 1500 and 1800. In Pursuit of Civility continues this quest by examining what the English people thought it meant to be `civilized' and how that condition differed from being `barbarous' or `savage' .

Thomas shows how the upper ranks of society sought to distinguish themselves from their social inferiors by developing distinctive forms of moving, speaking and comporting themselves - and how the common people in turn developed their own forms of civility. The belief of the English in their superior civility shaped their relations with the Welsh, the Scots and the Irish. By legitimizing international trade, colonialism, slavery, and racial discrimination, it was fundamental to their dealings with the native peoples of North America, India, and Australia.

Yet not everyone shared this belief in the superiority of Western civilization. In Pursuit of Civility throws light on the early origins of anti-colonialism and cultural relativism, and goes on to examine some of the ways in which the new forms of civility were resisted.

With all the author's distinctive authority and brilliance - based as ever on wide reading, abounding in fresh insights, and illustrated by many striking quotations and anecdotes from contemporary sources - In Pursuit of Civility transforms our understanding of the past. In so doing, it raises important questions as to the role of manners in the modern world.

Other Editions - In Pursuit of Civility: Manners and Civilization in Early Modern England by Keith Thomas 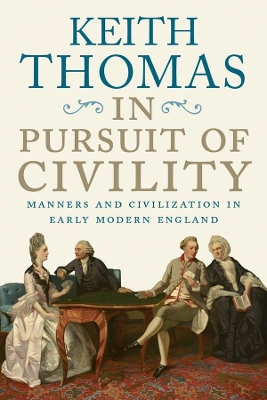 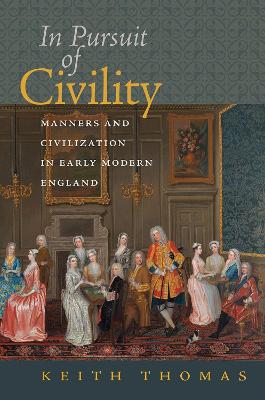 A Preview for this title is currently not available.
More Books By Keith Thomas
View All