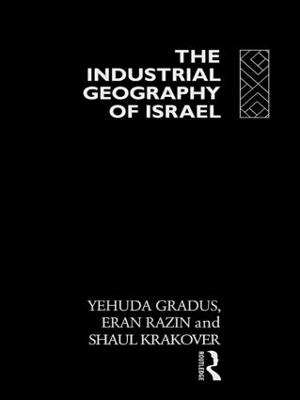 The Industrial Geography of Israel

Description - The Industrial Geography of Israel by Yehuda Gradus

Israel's industrial geography is unique. The continuing Arab-Israeli conflict has been a primary force behind government intervention in settlement patterns, and has led to a major effort to disperse industry. The geo-political situation has also encouraged a policy of attempted self-reliance, especially for defence purposes. These factors, combined with an abundant human capital, have given Israeli high-technology industries a special place in the international division of labour. The absorption of waves of mass immigration has influenced industrial development. Rural industrialization, mainly by the kibbutz (communal settlement) movement, is another unique feature. "The Industrial Geography of Israel" attempts to present a comprehensive overview of industrial spatial development of Israel from the Ottoman era to present times, evaluating industrial dispersal policy, corporate geography, high-technology industries, entrepreneurship and rural industrial development. The spatial development of Israeli industry is set within the broader context of Israel's political and economic development and of global economic change.

A Preview for this title is currently not available.
More Books By Yehuda Gradus
View All