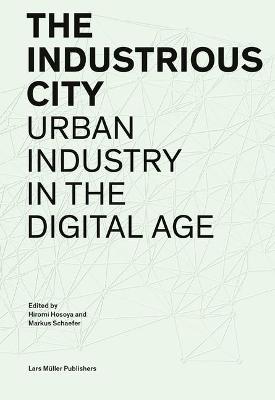 How can industrial production be reintegrated into the urban fabric in a post-digital world Research from Harvard's Graduate School of Design addresses the issues Cities have always been places where commerce and production, working and living, are physically and functionally integrated. Only with the rise of industry have zoning regulations been introduced to separate these functions. But what role do these regulations play when industry is digitised, increasingly emission-free and shifting away from mass production What will the ideal mix of working and living be in the future In a world characterized by digital disruption, migration and demographic shifts, how do we build cities based on social equity and resilience Based on interdisciplinary urban design research undertaken at Harvard University's Graduate School of Design, the Zurich-based architecture studio Hosoya Schaefer presents The Industrious City: Urban Industry in the Digital Age. Investigating how production can be reintroduced into the urban fabric, this book explores how production, services, leisure and living might come together in a future integrated city. AUTHORS: Hiromi Hosoya is a founding partner of Hosoya Schaefer Architects. For five years she worked at Toyo Ito & Associates in Tokyo until she became independent in 2003. She has taught interdisciplinary design studios at Cornell University in 2005 and 2006, and was a professor at the Academy of Fine Arts in Vienna from 2007 to 2012. In addition, she taught an advanced architecture design studio and urban design studio at GSD in 2011 and 2018. Markus Schaefer is a founding partner of Hosoya Schaefer Architects. He worked for OMA in Rotterdam for four years, and was a director of AMO / Rem Koolhaas. He was a professor at the Academy of Fine Arts in Vienna from 2007 to 2009 and was a main tutor at the Moscow Graduate School of Urbanism at the National Research University Higher School of Economics in collaboration with the Strelka Institute teaching Advanced Urban Design. In addition, he taught an advanced urban design studio at GSD in 2018. 210 images