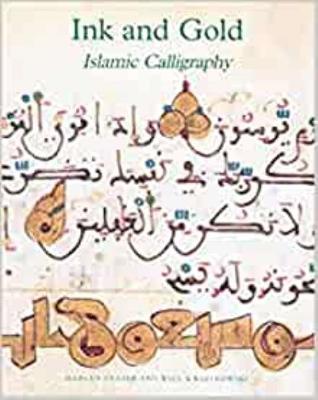 Description - Ink and Gold by Will Kwiatskowski

Ink and Gold charts the development of Islamic calligraphy over a thousand years, from its beginnings in the arabian Peninsula. Given the status of the Qur'an as the world of Allah and ambivalence towards representation of living things, the art of the pen became the focus of an extraordinary energy. Essays cover all the major centers of Islamic calligraphy, from North Africa to Central Asia, highlighting the achievements of Islamic calligraphers in the ages of the 'Abbasid (749 258), Seljuk (1055 1243), Ilkhanid (1256 1357), Safavid (1502 1736), and Mughal Empires (1526 1857). Though pride of place is given to the Qur'an, calligraphy is also examined in mystical and scientific works, Persian poetry, and calligraphy albums.

Buy Ink and Gold by Will Kwiatskowski from Australia's Online Independent Bookstore, BooksDirect.

A Preview for this title is currently not available.
More Books By Will Kwiatskowski
View All