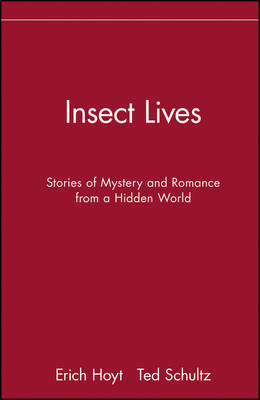 Stories of Mystery and Romance from a Hidden World

A Wonderful Journey into the Insect World through Literature,Science, Art, and Popular Culture Aristotle on metamorphosis

* Alfred Russel Wallace on the rare butterflies of the MalayArchipelago

* Jean-Henri Fabre on the art of the dung beetle

* Gary Larson on when insects take over

* May Berenbaum on maggots and murderers

* Henry David Thoreau on race wars among the ants

plus many other essays, illustrations, cartoons, screenplays,poems, recipes, tales, and observations on insect life.

A Preview for this title is currently not available.
More Books By Erich Hoyt
View All