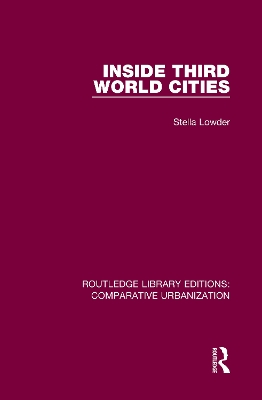 Originally published in 1986, this book focusses on life within global cities in the developing world, analysing on a city-level the circulation and consumption of goods and services within them. When the book was first published it was one of only a few to offer systematic comparative analyses of developing world cities, and those stemming from different regions, with examples from different continents in each chapter. It discusses the problems faced by such city populations and shows how the procedures, distributive systems and social conventions reflect the complex histories of the cities, most of which have been subject to colonial rule, and of their inhabitants, many of whom are either migrants or first generation citizens.

A Preview for this title is currently not available.
More Books By Stella Lowder
View All