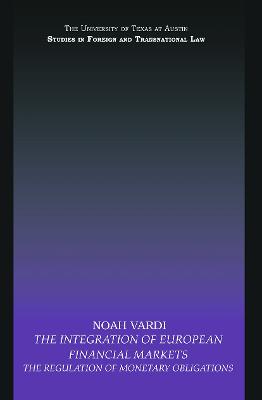 The Integration of European Financial Markets

The Regulation of Monetary Obligations

Description - The Integration of European Financial Markets by Noah Vardi

The last decade has seen the increasing integration of European financial markets due to a number of factors including the creation of a common regulatory framework, the liberalisation of international capital movements, financial deregulation, advances in technology and the introduction of the Euro. However, the process of integration has proceeded largely in the absence of any comprehensive legal regulation, and has rather been constructed on the basis of sectorial provisions dictated by the needs of cross-border transactions. This has meant that many legal barriers still remain as obstacles to complete integration.

This book considers the discipline of monetary obligations within the wider context of financial markets. The book provides a comparative and transnational examination of the legal rules which form the basis of transactions on financial markets. Analysing the integration of the markets from a legal point of view provides an opportunity to highlight the role of globalisation as the key element favouring the circulation of rules, models, and especially the development of new regulatory sources.

The book examines market transactions and the institutes at the root of these transactions, including the type of legislative sources in force and the subjects acting as legislators. The first part of the book concentrates on the micro-discipline of money, debts, payments and financial instruments. The second part goes on to analyse the macro-context of integration of the markets, looking at the persistence of legal barriers and options for their removal, as well as the development of new legal sources as a consequence of the transfer of monetary and political sovereignty. Finally, the book draws links between the two parts and assesses the consequences of the changes at the macro-level of regulation on the micro-level of legal discipline of monetary obligations, particularly focusing on the emergence and growing importance of soft law.

Other Editions - The Integration of European Financial Markets by Noah Vardi 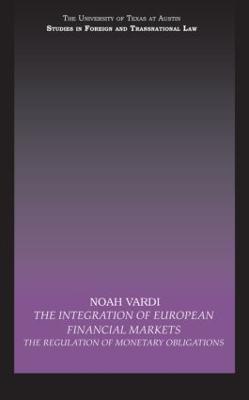 A Preview for this title is currently not available.
More Books By Noah Vardi
View All