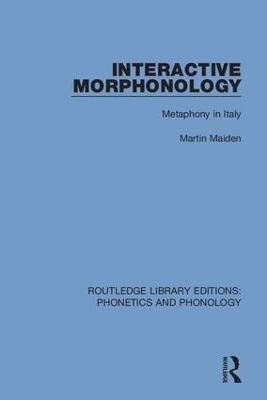 First published in 1991. The existence of morphonology had been the subject of intense debate in twentieth-century linguistic theory. Attempts to identify putatively morphonological phenomena had often foundered on the widespread assumption of a rigid dichotomy between synchronic morphological structures and the phonetic processes which historically shared them. With the difficulties of establishing any role for morphonology clearly identified, the author introduces a comparative and historical survey of the morphologization of metaphony in Italian dialects. On the basis of this the existence is argued of authentic synchronic 'morphonological' interaction between morphological structures and phonetic processes, such that inflectional paradigms serve to specify phonetic details of implementation of incipient sound changes. The circumstances under which such interaction may be expected to occur are discussed.

This book is an important contribution to our understanding of both morphology and phonology, taking seriously the implications of abandoning a rigid distinction between synchronic morphology and diachronic phonology. It successfully integrates linguistic theory with the analysis of philological data, and indicates the direction for future research on morphonology. This detailed study of Italian dialects also constitutes a valuable addition to the study of Romance dialectology. 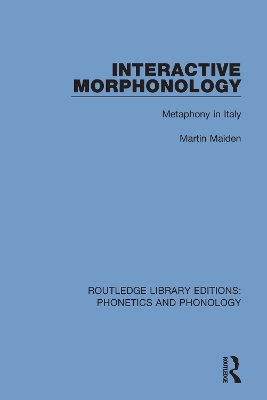 A Preview for this title is currently not available.
More Books By Martin Maiden
View All