An Interdisciplinary Study of Legitimacy

This interdisciplinary book explores how terrorism is meant to target a government's legitimacy, and advocates for sounder defensive measures when countering international attacks.

The dramatic increase in global cooperation throughout the twentieth century-between international organisations and their state missions of diplomats, foreign officers, international civil servants, intelligence officers, military personnel, police investigators, judges, legislators, and financial regulators-has had a bearing on the shape and content of the domestic political order. The rules that govern all of these interactions, and the diplomats engaged to monitor and advocate for compliance, have undergone a mushrooming development following the conclusion of each world war. This dramatic growth is arguably the most significant change the international structure has experienced since the inception of the state-based system ushered in with the Peace of Westphalia in 1648.

This book will be of much interest to students of international law, diplomacy, counterterrorism, political philosophy, security studies and IR. 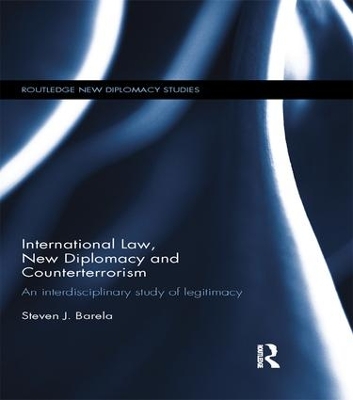 A Preview for this title is currently not available.
More Books By Steven J. Barela
View All