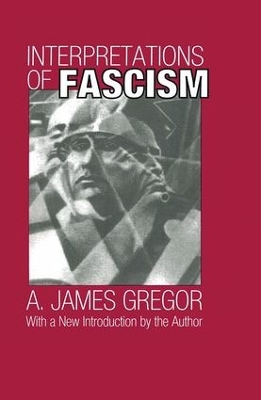 Description - Interpretations of Fascism by A. James Gregor

This volume constitutes a survey of social science efforts to explain the fascist phenomenon. Attempts to adequately interpret fascism have involved an inordinate number of social researchers and historians for an inordinate amount of time over the past half century. For all that we still find ourselves without a compelling account of the entire complex sequence. Fascism constitutes a significant concern for students of contemporary politics. To develop an intellectually defensible explanation of the nature, origins, and development of Italian Fascism and German Nazism remains a responsibility still outstanding.Interpretations of Fascism provides a review of the efforts that have been made to date to interpret and explain the phenomenon, It addresses itself specifically to those efforts undertaken to provide a social science explanation of Mussolini's Fascism. Dealing wiht the special application of social science methods to a specific problem, the book provides a special angle to examine this ubiquitous system in a comparable context. The book should be useful for college courses inb political theory, comparative politics, democracy and dictatorship, economic and political change, and modern European history.The new edition is graced by a provocative, lengthy new essay reviewing the literature from 1973 through 1996. As such, it is an up to date examination of fascism in our times. Professor Gregor is careful to emphasize that fascist movements can thrive in confines far beyond Italy and Germany. It has found fertile soil from Russia to Africa. In short, Gregor argues that this makes fascism a movement that extends through political space no less than historical time. The documentation of the book is now very rich, with a bibliographic review that can serve experts and generalists alike.Stanley G. Payne credits Gregor with "clearing away useless, obfuscatory theoretical debris", claiming that "Gregor's book serves the study of fascist politics very well indeed". And Giuseppe Prezzolini, introduced the Italian language edition by noting that "Interpretations of Fascism is rich in information and scientifically precise in style...a reflection of an intelligence that operates beyond passions."

Other Editions - Interpretations of Fascism by A. James Gregor 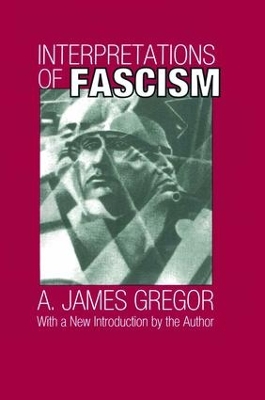 A Preview for this title is currently not available.
More Books By A. James Gregor
View All