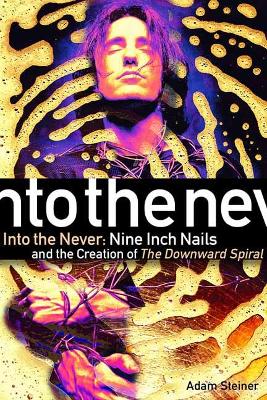 Into The Never: Nine Inch Nails And The Creation Of The Downward Spiral

Description - Into The Never: Nine Inch Nails And The Creation Of The Downward Spiral by Adam Steiner

Ushering in a new era of confessional music that spoke openly about experiences of trauma, depression, and self-loathing, Nine Inch Nails' seminal album, The Downward Spiral, changed popular music forever-bringing transgressive themes of heresy, S&M, and body horror to the masses and taking music technology to its limits.

Released in 1994, the album resonated across a generation, combining elements of metal, industrial, synth-pop, and ambient electronica, and going on to sell over four million copies. Now, Into the Never explores the creation and cultural impact of The Downward Spiral, one of the most influential and artistically significant albums of the twentieth century, or ever.

Inspired by David Bowie's Low and Pink Floyd's The Wall, the album recounts one man's disintegration as he descends into nihilism and nothingness. Blurring the lines between autobiography and concept album, creation and decay, it is also the story of Trent Reznor (the man who is Nine Inch Nails) as he pushed himself to the edge of the abyss, trapped in a cycle of addiction and self-destruction. The Downward Spiral also presents a reflection of America and a wider culture of violence, connecting the Columbine High School shooting, the infamous Manson family murders, and the aftermath of Vietnam and the Gulf War.

Featuring new interviews with collaborators and artists inspired by the album, Into the Never sets The Downward Spiral in the context of music of the era and brings the story up to date, from Reznor's recovery to his reinvention as an Oscar-winning soundtrack artist.

Buy Into The Never: Nine Inch Nails And The Creation Of The Downward Spiral by Adam Steiner from Australia's Online Independent Bookstore, BooksDirect.

A Preview for this title is currently not available.
More Books By Adam Steiner
View All