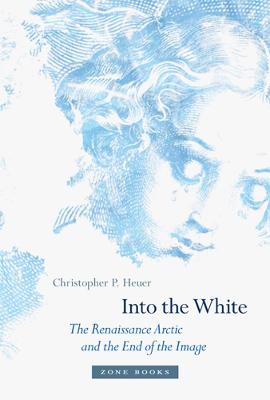 Into the White: The Renaissance Arctic and the End of the Image

Description - Into the White: The Renaissance Arctic and the End of the Image by Christopher P. Heuer

How the far North offered a different kind of terra incognita for the Renaissance imagination. European narratives of the Atlantic New World tell stories of people and things: strange flora, wondrous animals, sun-drenched populations for Europeans to mythologize or exploit. Yet, as Christopher Heuer explains, between 1500 and 1700, one region upended all of these conventions in travel writing, science, and, most unexpectedly, art: the Arctic. Icy, unpopulated, visually and temporally "abstract," the far North-a different kind of terra incognita for the Renaissance imagination-offered more than new stuff to be mapped, plundered, or even seen. Neither a continent, an ocean, nor a meteorological circumstance, the Arctic forced visitors from England, the Netherlands, Germany, and Italy, to grapple with what we would now call a "non-site," spurring dozens of previously unknown works, objects, and texts-and this all in an intellectual and political milieu crackling with Reformation debates over art's very legitimacy. In Into the White, Heuer uses five case studies to probe how the early modern Arctic (as site, myth, and ecology) affected contemporary debates over perception and matter, representation, discovery, and the time of the earth-long before the nineteenth century Romanticized the polar landscape. In the far North, he argues, the Renaissance exotic became something far stranger than the marvelous or the curious, something darkly material and impossible to be mastered, something beyond the idea of image itself.

Buy Into the White: The Renaissance Arctic and the End of the Image by Christopher P. Heuer from Australia's Online Independent Bookstore, BooksDirect.

A Preview for this title is currently not available.
More Books By Christopher P. Heuer
View All