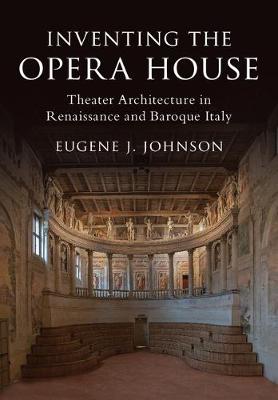 In this book, Eugene J. Johnson traces the invention of the opera house, a building type of world wide importance. Italy laid the foundation theater buildings in the West, in architectural spaces invented for the commedia dell'arte in the sixteenth century, and theaters built to present the new art form of opera in the seventeenth. Rulers lavished enormous funds on these structures. Often they were among the most expensive artistic undertakings of a given prince. They were part of an upsurge of theatrical invention in the performing arts. At the same time, the productions that took place within the opera house could threaten the social order, to the point where rulers would raze them. Johnson reconstructs the history of the opera house by bringing together evidence from a variety of disciplines, including music, art, theatre, and politics. Writing in an engaging manner, he sets the history of the opera house within its broader early modern social context.

A Preview for this title is currently not available.
More Books By Eugene J. Johnson
View All