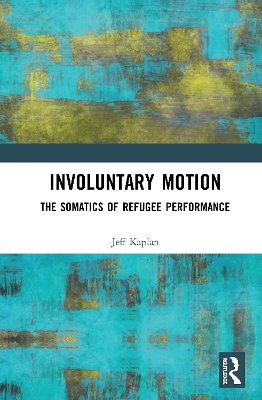 Involuntary Motion contributes to the study of refugee flight by using movement as a lens to explore problems in refugee performance and understand the experience of bodies in motion.

Drawing from somatics, movement analysis, and dance praxis, the chapters explore forces that set bodies in motion; the spaces in which forced movement occurs; the movement of refugee identity arcs; the monstrosity of refugee performance; and the relationship between writing and body culture. How does forced movement impact identity? What are the philosophical implications of robbing individuals of agency over motion? What performances does involuntary motion necessitate? These questions are important as the world confronts the threat of a return of the horrors of the twentieth century.

Bringing together debates in migration studies and movement studies, the book argues that refugees are akin to dancers performing on disappearing stages not of their choosing. It will be of great interest to students and scholars of performance, dance, and politics.

A Preview for this title is currently not available.
More Books By Jeff Kaplan
View All