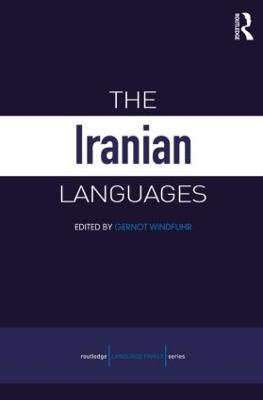 The Iranian languages form the major eastern branch of the Indo-European group of languages, itself part of the larger Indo-Iranian family. Estimated to have between 150 and 200 million native speakers, the Iranian languages constitute one of the world's major language families. This comprehensive volume offers a detailed overview of the principle languages which make up this group: Old Iranian, Middle Iranian, and New Iranian.

The Iranian Languages is divided into fifteen chapters. The introductory chapters by the editor present a general overview and a detailed discussion of the linguistic typology of Iranian. The individual chapters which follow are written by leading experts in the field. These provide the reader with concise, non-technical descriptions of a range of Iranian languages. Each chapter follows the same pattern and sequence of topics, taking the reader through the significant features not only of phonology and morphology but also of syntax; from phrase level to complex sentences and pragmatics.

Ample examples on all levels are provided with detailed annotation for the non-specialist reader. In addition, each chapter covers lexis, sociolinguistic and typological issues, and concludes with annotated sample texts.

This unique resource is the ideal companion for undergraduate and postgraduate students of linguistics and language. It will also be of interest to researchers or anyone with an interest in historical linguistics, linguistics anthropology and language development.

Gernot Windfuhr is Professor of Iranian Studies at the University of Michigan; he has published widely on Persian and Iranian languages and linguistics and related languages, as well as on other aspects of Iranian culture including Persian literature and Pre-Islamic Iranian religions.

Other Editions - The Iranian Languages by Gernot Windfuhr 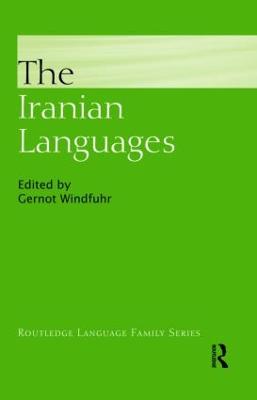 A Preview for this title is currently not available.
More Books By Gernot Windfuhr
View All