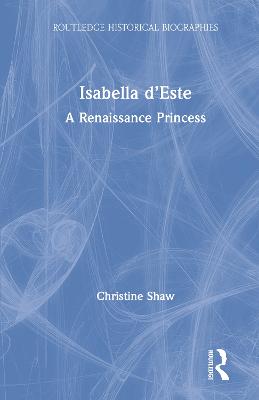 Isabella d'Este, Marchioness of Mantua (1474-1539), is one of the most studied figures of Renaissance Italy, as an epitome of Renaissance court culture and as a woman having an unusually prominent role in the politics of her day. This biography provides a well-rounded account of the full range of her activities and interests from her childhood to her final years as a dowager, and considers Isabella d'Este not as an icon but as a woman of her time and place in the world. It covers all aspects of her life including her relationship with her parents and siblings as well as with her husband and children; her interest in literature and music, painting and antiquities; her political and diplomatic activities; her concern with fashion and jewellery; her relations with other women; and her love of travel.

In this book, grounded in an understanding of the context of the Italy of her day, the typical interests and behaviour of women of Isabella d'Este's status within Renaissance Italy are distinguished from those that were unique to her, such as the elaborate apartments that she created for herself and her extensive surviving correspondence, which provides insights into all aspects of life in the major courts of northern Italy, centres of Renaissance culture.

Providing fresh perspectives on one of the most famous figures of Renaissance Italy, Isabella d'Este will be of great interest to undergraduates and graduates of early modern history, gender studies, renaissance studies and art history.

Other Editions - Isabella d'Este: A Renaissance Princess by Christine Shaw 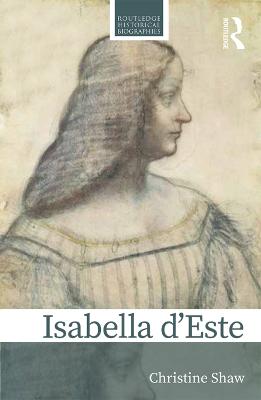 A Preview for this title is currently not available.
More Books By Christine Shaw
View All