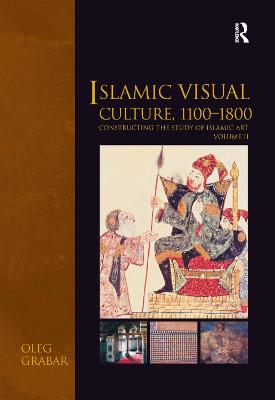 Islamic Visual Culture, 1100-1800 is the second in a set of four volumes of studies on Islamic art by Oleg Grabar. Between them they bring together more than eighty articles, studies and essays, work spanning half a century by a master of the field. Each volume takes a particular section of the topic, the three other volumes being entitled: Early Islamic Art 650-1100; Islamic Art and Beyond; and Jerusalem. Reflecting the many incidents of a long academic life, they illustrate one scholar's attempt at making order and sense of 1400 years of artistic growth. They deal with architecture, painting, objects, iconography, theories of art, aesthetics and ornament, and they seek to integrate our knowledge of Islamic art with Islamic culture and history as well as with the global concerns of the History of Art. In addition to the articles selected, each volume contains an introduction which describes, often in highly personal ways, the context in which Grabar's scholarship developed and the people who directed and mentored his efforts. The focus of the present volume is on the key centuries - the eleventh through fourteenth - during which the main directions of traditional Islamic art were created and developed and for which classical approaches of the History of Art were adopted. Manuscript illustrations and the arts of objects dominate the selection of articles, but there are also forays into later times like Mughal India and into definitions of area and period styles, as with the Mamluks in Egypt and the Ottomans, or into parallels between Islamic and Christian medieval arts.

A Preview for this title is currently not available.
More Books By Oleg Grabar
View All