Description - The Island by Stephen Walter

Now available in a pull-out poster book, artist Stephen Walter's celebrated hand-drawn map of London is "as much a guide to history and folklore as it is to the geography of the city." (The Guardian) London's streets, built up over more than two thousand years, are a maze of history, cultures, and stories. In his fantastically detailed maps of the city, Stephen Walter converts the densely packed streets into a tangle of insightful yet humorous words and symbols. As The Guardian notes, "the features Walter selects [in a map] are by turns funny, crass, touching, burlesque, murderous and uncanny." Jokingly dismissing neighbouring cities, the artist reimagines London as an insular body of land surrounded by water. The book includes posters of all 33 London boroughs that can be pulled out, framed, and displayed, and a further poster contains a key to the many symbols used by the artist to help readers navigate their way through the maps. Walter's cartographic creations have a cult following and his books enable a wider audience to immerse themselves in his personal vision that celebrates the art of mapmaking and pokes intelligent fun at the city he calls home. AUTHOR: Stephen Walter has exhibited his work around the world and his pieces are in the permanent collections of the Victoria and Albert Museum, the British Museum, and the British Library. 34 Illustrations, 33 of which are detachable posters

Other Editions - The Island by Stephen Walter 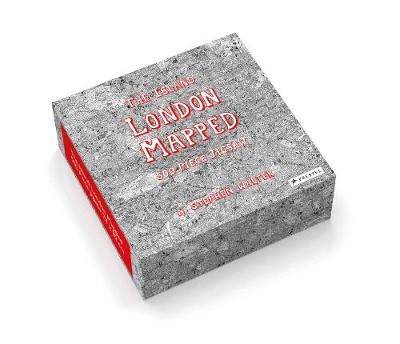 A Preview for this title is currently not available.
More Books By Stephen Walter
View All