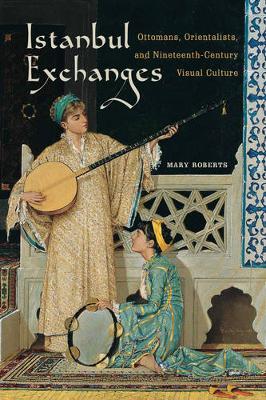 In Istanbul Exchanges, Mary Roberts offers an innovative way of understanding Orientalism by shifting the focus from Europe to Istanbul and examining the cross-cultural artistic networks that emerged in that cosmopolitan capital in the nineteenth century. European Orientalist artists began traveling to Istanbul in greater numbers in this period, just as the Ottoman elite was becoming more engaged with European art. By the 1870s, a generation of Paris-trained Ottoman artists had returned to Istanbul with ambitions to reshape the visual arts.

Drawing on materials from an array of international archives, Roberts reveals that the diverse cultures and motivations that coalesced in this vibrant milieu resulted in a complex web of alliances and exchanges. With many artistic initiatives receiving patronage both from foreign diplomatic communities and from the Ottoman court, visual culture became a significant resource for articulating modern Ottoman identity. Roberts recasts the terms in which the nexus of Orientalist art and the culture of the late Ottoman Empire are understood by charting the nodes and vectors of these international artistic networks. Istanbul Exchanges is a major contribution to the transnational study of modern visual culture and global histories of art.

A Preview for this title is currently not available.
More Books By Mary Roberts
View All