On 22nd November 1963, the 35th president of the United States, John Fitzgerald Kennedy, and his wife Jackie were taking part in a presidential motorcade through Dallas. Thousands lined the streets cheering; others hung out of windows to catch a glimpse of the much-loved First Lady and President. Suddenly, the unthinkable: three shots - bang...bang, bang - rang out. In front of the world, John F Kennedy was fatally wounded. Lee Harvey Oswald was caught. But did he fire the fatal bullet?Who REALLY killed JFK?Fifty years after the tragic events in Dallas, JFK: THE SMOKING GUN solves the ultimate cold case. With the forensic eye of a highly regarded ex-cop, Colin McLaren gathered the evidence, studied 10,000 pages of transcripts, discovered the witnesses the Warren Commission failed to call, and uncovered the exhibits and testimonies that were hidden until now. What he found is far more outrageous than any fanciful conspiracy theory could ever be.JFK: THE SMOKING GUN proves, once and for all, who did kill the President.'A compelling case'THE AUSTRALIAN'Comprehensive and compelling'NEWCASTLE HERALD

Other Editions - JFK: The Smoking Gun by Colin McLaren 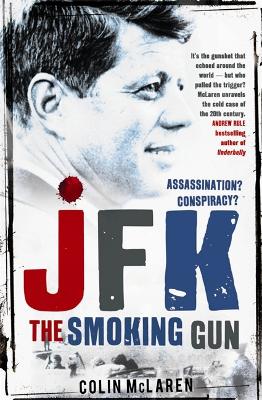