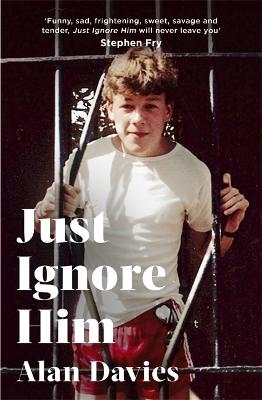 The story of a life built on sand. In the rain.In this compelling memoir, comedian and actor Alan Davies recalls his boyhood with vivid insight and devastating humour. Shifting between his 1970s upbringing and his life today, Davies moves poignantly from innocence to experience to the clarity of hindsight, always with a keen sense of the absurd.From sibling dynamics, to his voiceless, misunderstood progression through school, sexuality and humiliating 'accidents', Davies inhabits his younger mind with spectacular accuracy, sharply evoking an era when Green Shield Stamps, Bob-a-Job week and Whizzer & Chips loomed large, a bus fare was 2p - and children had little power in the face of adult motivation. Here, there are often exquisitely tender recollections of the mother he lost at six years old, of a bereaved family struggling to find its way, and the kicks and confusion of adolescence.Through even the joyous and innocent memories, the pain of Davies's lifelong grief and profound betrayal is unfiltered, searing and beautifully articulated. JUST IGNORE HIM is not only an autobiography, it is a testament to a survivor's resilience and courage.

Other Editions - Just Ignore Him by Alan Davies 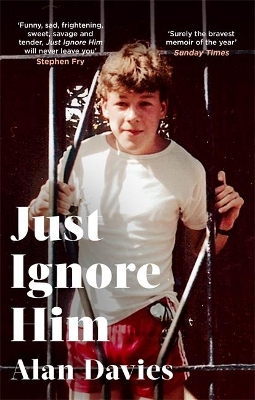 Rose: The extraordinary story of Rose de Freycinet: wife, stowaway and the first woman to record her voyage around the world
Suzanne Falkiner
Paperback , Mar '22
20% OFF!
RRP: $34.99 $27.99