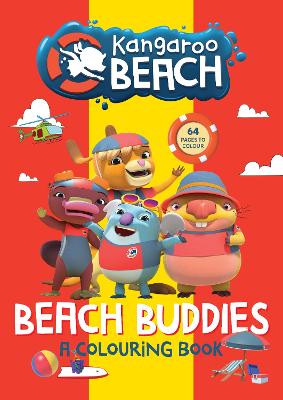 Colour in all the hotspots at Kangaroo Beach such as the Surf Club, the Lighthouse Lookout, Boomerang Island, the Rescue Bay, the Snack Shack, all the rescue vehicles, the underwater world, as well as the stars of the show Pounce, Frizzy, Neville, Gemma, and the grown-up lifeguards Bondi, Sandy and Big Trev.

Hours of colouring fun for fans of the show, and everyone who loves the beach and the sea.

A Preview for this title is currently not available.
More Books By Kangaroo Beach
View All