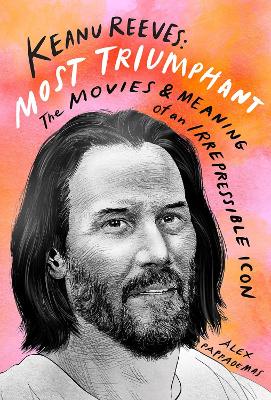 Keanu Reeves: Most Triumphant: The Movies and Meaning of an Inscrutable Icon

Description - Keanu Reeves: Most Triumphant: The Movies and Meaning of an Inscrutable Icon by Alex Pappademas

There can be no doubt: Keanu Reeves is a phenomenon. He's at once a badass action star, a hunky dreamboat who People magazine has called "the Internet's boyfriend," a vintage motorcycle enthusiast, a niche art book publisher, a living meme, and a legend. He seems to upend every rule governing celebrity in the 21st century. But how?

In Keanu Reeves: Most Triumphant, cultural critic Alex Pappademas attempts to address Keanu's unmatched eternality and the other big questions raised by his career arc. Sharp, funny, deeply researched, and fully celebratory of the enigmatic actor, this is the first book to take Keanu's whole deal as seriously as it deserves. Yes, even Johnny Mnemonic, where Keanu mind melds with a dolphin. Along the way, Pappademas reveals the lessons we can learn from Keanu about Hollywood, our broader culture, and even life itself.

Buy Keanu Reeves: Most Triumphant: The Movies and Meaning of an Inscrutable Icon by Alex Pappademas from Australia's Online Independent Bookstore, BooksDirect.