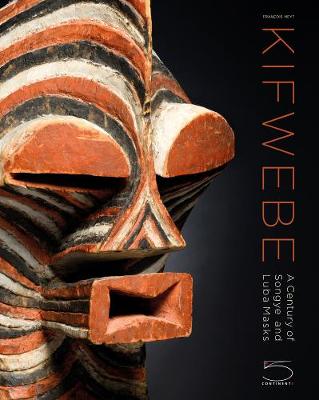 Kifwebe: A Century of Songye and Luba Masks

Description - Kifwebe: A Century of Songye and Luba Masks by Francois Neyt

Kifwebe masks are ceremonial objects used by the Songye and Luba societies (Democratic Republic of Congo), where they are worn with costumes consisting of a long robe and a long beard made of plant fibres. As in other central African cultures, the same mask can be used in either magical and religious or festive ceremonies. In order to understand Kifwebe masks, it is essential to consider them within the cosmogony of the python rainbow, metalworking in the forge, and other plant and animal signs. Among the Songye, benevolent female masks reveal what is hidden and balance white and red energy associated with two subsequent initiations, the bukishi. Aggressive male masks were originally involved in social control and had a kind of policing role, carried out in accordance with the instructions of village elders. These two male and female forces acted in a balanced way to reinforce harmony within the village. Among the Luba, the masked figures are also benevolent and appear at the new moon, their role being to enhance fertility. AUTHORS: Francois Neyt is professor emeritus at the Catholic University of Louvain and has also taught at the Official University of the Congo. As a Benedictine monk, he has been chairman of the Inter-monastery Alliance, covering over 450 communities throughout the world, and is also member emeritus of the Royal Academy for Overseas Sciences of Belgium. 175 colour images

A Preview for this title is currently not available.
More Books By Francois Neyt
View All