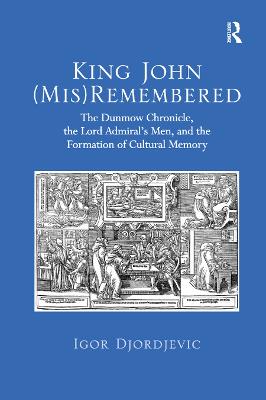 King John's evil reputation has outlasted and proved more enduring than that of Richard III, whose notoriety seemed ensured thanks to Shakespeare's portrayal of him. The paradox is even greater when we realize that this portrait of John endures despite Shakespeare's portrait of him in the play King John, where he hardly comes off as a villain at all. Here Igor Djordjevic argues that the story of John's transformation in cultural memory has never been told completely, perhaps because the crucial moment in John's change back to villainy is a literary one: it occurs at the point when the 'historiographic' trajectory of John's character-development intersects with the 'literary' evolution of Robin Hood. But as Djordjevic reveals, John's second fall in cultural memory became irredeemable as the largely unintended result of the work of three men - John Stow, Michael Drayton, Anthony Munday - who knew each other and who all read a significant passage in a little known book (the Chronicle of Dunmow), while a fourth man's money (Philip Henslowe) helped move the story from page to stage. The rest, as they say, is history. Paying particular attention to the work of Michael Drayton and Anthony Munday who wrote for the Lord Admiral's Men, Djordjevic traces the cultural ripples their works created until the end of the seventeenth century, in various familiar as well as previously ignored historical, poetic, and dramatic works by numerous authors. Djordjevic's analysis of the playtexts' source, and the personal and working relationship between the playwright-poets and John Stow as the antiquarian disseminator of the source text, sheds a brighter light on a moment that proves to have a greater significance outside theatrical history; it has profound repercussions for literary history and a nation's cultural memory. 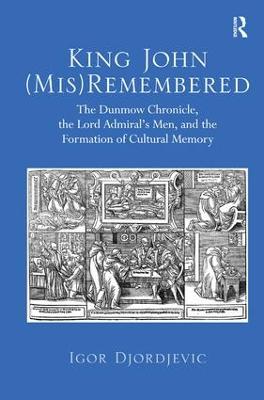 A Preview for this title is currently not available.
More Books By Igor Djordjevic
View All