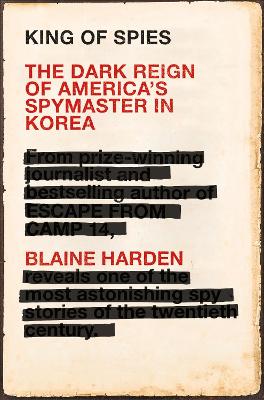 King of Spies: The Dark Reign of America's Spymaster in Korea

Description - King of Spies: The Dark Reign of America's Spymaster in Korea by Blaine Harden

In King of Spies, prize-winning journalist and bestselling author of Escape From Camp 14, Blaine Harden, reveals one of the most astonishing -- and previously untold -- spy stories of the twentieth century.

Donald Nichols was "a one man war", according to his US Air Force commanding general. He won the Distinguished Service Cross, along with a chest full of medals for valor and initiative in the Korean War. His commanders described Nichols as the bravest, most resourceful and effective spymaster of that forgotten war. But there is far more to Donald Nichols' story than first meets the eye . . .

Based on long-classified government records, unsealed court records, and interviews in Korea and the U.S., King of Spies tells the story of the reign of an intelligence commander who lost touch with morality, legality, and even sanity, if military psychiatrists are to be believed. Donald Nichols was America's Kurtz. A seventh-grade dropout, he created his own black-ops empire, commanding a small army of hand-selected spies, deploying his own makeshift navy, and ruling over it as a clandestine king, with absolute power over life and death. He claimed a "legal license to murder"-and inhabited a world of mass executions and beheadings, as previously unpublished photographs in the book document.

Finally, after 11 years, the U.S. military decided to end Nichols's reign. He was secretly sacked and forced to endure months of electroshock in a military hospital in Florida. Nichols told relatives the American government was trying to destroy his memory.

King of Spies looks to answer the question of how an uneducated, non-trained, non-experienced man could end up as the number-one US spymaster in South Korea and why his US commanders let him get away with it for so long . . .

PRAISE FOR KING OF SPIES

"A good yarn and a timely one" Washington Post

"An engrossing hidden history of wartime espionage, with elements of derring-do and moral barbarity....Fascinating." Kirkus Review

Other Editions - King of Spies: The Dark Reign of America's Spymaster in Korea by Blaine Harden 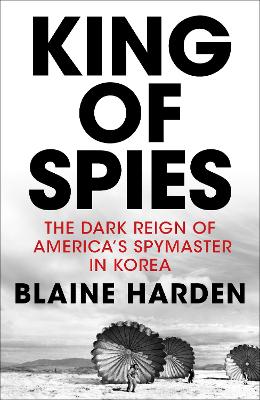 A Preview for this title is currently not available.
More Books By Blaine Harden
View All