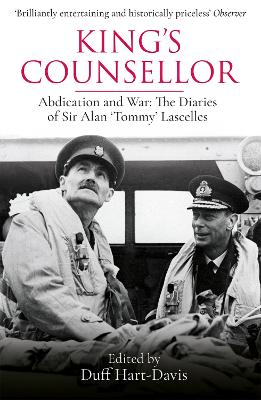 The diaries of 'Tommy' Lascelles - as featured in the Netflix hit THE CROWN 'Brilliantly entertaining and historically priceless' Spectator'Fascinating ... as much a contribution to royal legend as to the history of the war' Daily TelegraphAs Assistant Private Secretary to four monarchs, 'Tommy' Lascelles had a ringside seat from which to observe the workings of the royal household and Downing Street during the first half of the 20th century.These fascinating diaries begin with Edward VIII's abdication and end with George VI's death and his daughter Elizabeth's Coronation. In between we see George VI at work and play, a portrait more intimate than any other previously published.This compelling account also includes Princess Margaret's relationship with Peter Townsend, and throws an intriguing new light on the way in which King George VI and Winston Churchill worked together during the Second World War. Lascelles was a fine writer - like most of the best diaries his are a delight to read as well as being invaluable history.