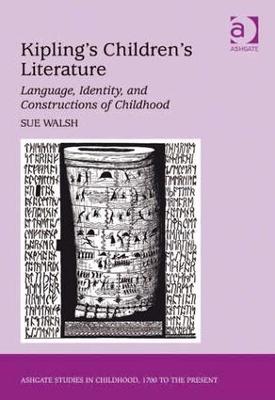 Language, Identity, and Constructions of Childhood

Despite Kipling's popularity as an author and his standing as a politically controversial figure, much of his work has remained relatively unexamined due to its characterization as 'children's literature'. Sue Walsh challenges the apparently clear division between 'children's' and 'adult' literature, and poses important questions about how these strict categories have influenced critical work on Kipling and on literature in general. For example, why are some of Kipling's books viewed as children's literature, and what critical assumptions does this label produce? Why is it that Kim is viewed by critics as transcending attempts at categorization? Using Kipling as a case study, Walsh discusses texts such as Kim, The Jungle Books, the Just-So Stories, Puck of Pook's Hill, and Rewards and Fairies, re-evaluating earlier critical approaches and offering fresh readings of these relatively neglected works. In the process, she suggests new directions for postcolonial and childhood studies and interrogates the way biographical criticism on children's literature in particular has tended to supersede and obstruct other kinds of readings.

A Preview for this title is currently not available.
More Books By Sue Walsh
View All