Knowledge and Discernment in the Early Modern Arts

In early modern Europe, discernment emerged as a key notion at the intersection of various domains in both learned and artisanal cultures. Often used synonymously with judgment, ingenuity, and taste, discernment defined the ability to perceive and understand the secrets of nature and art, and became explicitly connected with a kind of knowledge available only to experts in the respective fields. With contributions by historians of art and historians of science, and with geographic coverage focusing on the Low Countries and their multiple connections to different parts of the world, this volume reframes recent scholarship on what the editors term 'cultures of knowledge and discernment' in the early modern period. The collection is innovative in its focus on investigating types of knowledge linked to what was then called the 'science' (scientia) of art, to artistic expertise and connoisseurship, and to 'secrets of art and nature.' 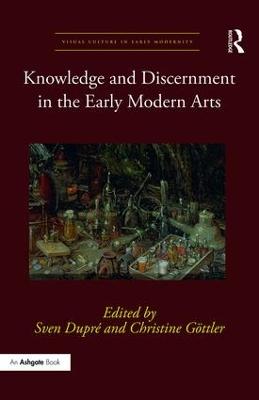 A Preview for this title is currently not available.
More Books By Sven Dupre
View All