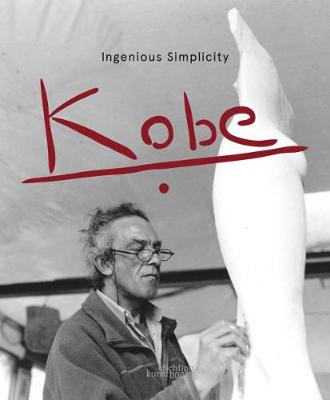 Kobe, artistic alias of Jacques Saelens, has made sculptures that toy with two-dimensionality - his trademark. His broad, thin figures hardly make use of the third dimension and embody plenty of ambiguities. His brainchilds are lyrical; they look casual and carefree, but at the same time they are restrained by a formal straightjacket. His works radiate a contagious joyful simplicity, yet at the same time their construction is very thought through. They are born in the mind of a perfectionist and aesthete who continually strives to eradicate all that is anecdotal. Their round, feminine shapes and cheerful poses seduce, but their superhuman and mysterious calmness also exclude. Faces are closed and stripped of all personal traits. The female figure and the horse dominate the oeuvre, and his themes are classical, conforming to a long art historical tradition. The simplicity that radiates from Kobe's images conceals their ingenious - sometimes engineered - nature. Between the artist's idea and the finished image lies a world of abstraction and reasoning, a long period in which Kobe reflects on his initial inspiration and solves any structural problems. SELLING POINT: A study on the sculptor Kobe, his central themes, his repeated motifs, and his intricate work process 150 colour, 30 b/w images

A Preview for this title is currently not available.
More Books By Johan Debruyne
View All