"Bartolo tells us about rescuing everyone he can, burying those he cannot, and saving their stories as if they were his own. This is a personal, urgent and universal book" GLORIA STEINEM"An urgent, wrenching dispatch from the frontline of the defining crisis of our times . . . Bartolo is at once the saviour and the coroner to boatload after boatload of migrants who risk everything to cross the deadly seas. It is also a damning indictment of the broader, collective indifference of humankind to both the drowned and the saved" PHILIP GOUREVITCH"Dr Pietro Bartolo has seen more suffering and death in his career than any one man should have to witness" Amnesty International"Through Bartolo we understand that it is impossible to do nothing in the face of such great human need" Vanity FairIt is common to think of the refugee crisis as a recent phenomenon, but Dr Pietro Bartolo, who runs the clinic on the Italian island of Lampedusa, has been caring for its victims - both the living and the dead - for a quarter of a century.Situated some 200 km off Italy's Southern coast, Lampedusa has hit the world headlines in recent years as the first port of call for hundreds of thousands of African and Middle Eastern migrants hoping to make a new life in Europe.The shipwrecks began in 1992. Before the Arab Spring, they came from Africa, but now they come from across the Arab world as well. And the death toll is staggering. On Christmas Eve, 1996, 286 bodies were recovered; on the night of October 3, 2003, 366 out of 500 migrants died after a shipwreck nearby. For the past twenty-five years, Doctor Bartolo has been rescuing, welcoming, helping, and providing medical assistance to those who survived. But, above all, he has been listening to them. Tales of pain and hope, stories of those who didn't make it, who died at sea, their bodies washed up on shore; stories of those who lost their loved ones, of babies that never had a chance to be born.Translated from the Italian by Chenxin Jiang

Other Editions - Lampedusa by Pietro Bartolo 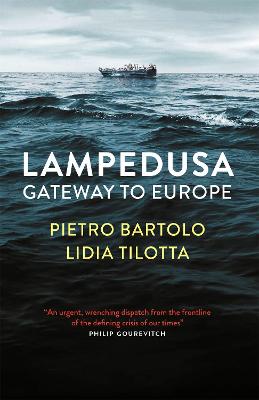 A Preview for this title is currently not available.
More Books By Pietro Bartolo
View All