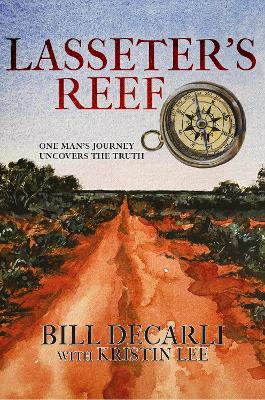 Fact or myth? Harold Bell Lasseter and his claim of finding a vast gold-bearing reef in Central Australia has continually been surrounded in mystery. Yet his ill-fated death in the Australian outback, where the land is unforgiving to the careless and the foolhardy, is relatively undisputed.

Despite Lasseter taking secrets to a lonely desert grave in 1931, the story of the elusive gold reef has become a holy grail for explorers from near and far. One such explorer is Vietnam veteran Bill Decarli, who has spent the best part of forty years unravelling one of Australia's greatest mysteries.

On his maiden voyage to the outback in 1991, instead of heading towards Western Australia like other diehard explorers, Bill reversed his map and headed east towards Queensland. It was there that he struck upon the infamous gold reef, one that Lasseter had never laid eyes on, yet some how had been made aware of its existence. Based on significant new insights, and with a further nine trips to the reef, the key to putting all the pieces together, for Bill, was a man who barely left any trace of his own existence - until now.

A story of adventurous hearts, honesty and resolve, in this new twist, Bill unearths how Lasseter's claim was another man's story, the exact location of the reef and how the reef stands to have a bright future.

A Preview for this title is currently not available.
More Books By Bill Decarli
View All