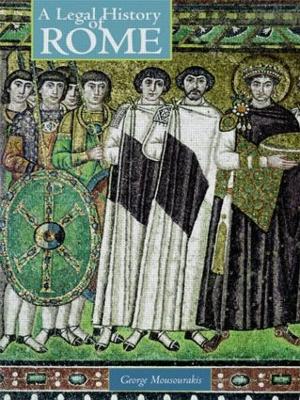 A Legal History of Rome

Description - A Legal History of Rome by George Mousourakis

This book equips both lawyer and historian with a complete history of Roman law, from its beginnings c.1000 BC through to its re-discovery in Europe where it was widely applied until the eighteenth century.

Combining a law specialist's informed perspective of legal history with a socio-political and cultural focus, it examines the sources of law, the ways in which these laws were applied and enforced, and the ways the law was influenced and progressed, with an exploration of civil and criminal procedures and special attention paid to legal science. The final chapter covers the history of Roman law in late antiquity and appraises the move towards the codification of law that culminated in the final statement of Roman law: the Corpus Iuris Civilis of Emperor Justinian. Throughout the book, George Mousourakis highlights the relationship between Roman law and Roman life by following the lines of the major historical developments.

Including bibliographic references and organized accessibly by historical era, this book is an excellent introduction to the history of Roman law for students of both law and ancient history.

Other Editions - A Legal History of Rome by George Mousourakis 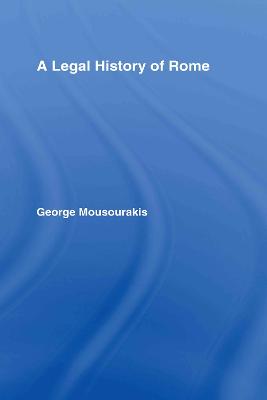 A Preview for this title is currently not available.
More Books By George Mousourakis
View All