One of the Broadway musicals that can genuinely claim to have transformed the genre, West Side Story has been featured in many books on Broadway, but it has yet to be the focus of a scholarly monograph. Nigel Simeone begins by exploring the long process of creating West Side Story, including a discussion of Bernstein's sketches, early drafts of the score and script, as well as cut songs. The core of the book is a commentary on the music itself. West Side Story is one of the very few Broadway musicals for which there is a complete published orchestral score, as well as two different editions of the piano-vocal score. The survival of the original copied orchestral score, and the reminiscences of Sid Ramin and Irwin Kostal, reveal details of the orchestration process, and the extent to which Bernstein was involved in this. Simeone's commentary considers: musical characteristics and compositional techniques used to mirror the drama (for example, the various uses of the tritone), motivic development, the use and reinvention of Broadway and other conventions, the creation of dramatic continuity in the score through the use of motifs and other devices, the unusual degree of dissonance and rhythmic complexity (at least for the time), and the integration of Latin-American dance forms (Mambo, Huapango and so on). Simeone also considers the reception of West Side Story in the contemporary press. The stir the show caused included the response that it was the angular, edgy score that made it a remarkable achievement. Not all reviews were uncritical. Finally, the book looks in detail at the making of the original Broadway cast recording, made in just one day, included on the accompanying CD.

Other Editions - Leonard Bernstein: West Side Story by Nigel Simeone 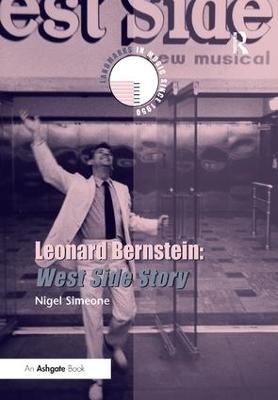 A Preview for this title is currently not available.
More Books By Nigel Simeone
View All