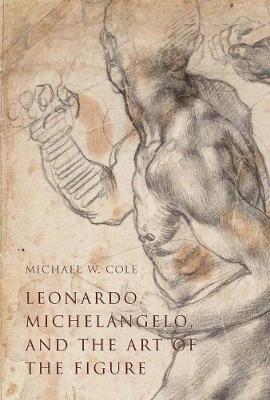 Leonardo, Michelangelo, and the Art of the Figure

Description - Leonardo, Michelangelo, and the Art of the Figure by Michael W. Cole

In late 1504 and early 1505, Leonardo da Vinci (1452?1519)Aand MichelangeloABuonarroti (1475?1564)Awere both at work on commissions they had received to paint murals in Florence's City Hall.AALeonardo was to depict a historic battle between Florence and Milan, Michelangelo one between Florence and Pisa.AAThough neither project was ever completed,Athe painters' mythic encounterAshaped art and its history in the decades and centuries that followed.AA

This concise, lucid, and thought-provoking book looks again at the one moment when Leonardo and Michelangelo worked side by side, seeking to identify the roots of their differing ideas of the figure in 15th-century pictorial practices and to understand what this contrast meant to the artists and writers who followed them.AThrough close investigation of these two artists, Michael W. Cole provides a new account of critical developments in Italian Renaissance painting.

Buy Leonardo, Michelangelo, and the Art of the Figure by Michael W. Cole from Australia's Online Independent Bookstore, BooksDirect.

A Preview for this title is currently not available.
More Books By Michael W. Cole
View All