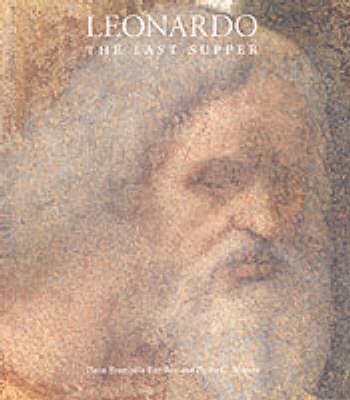 Leonardo's Last Supper, one of the most important works of the Renaissance if not all of Western art, was painted between 1494 and 1498 in the refectory of Santa Maria delle Grazie in Milan. From the moment that the prior at the monastery complained to Leonardo that the work was taking too long, the Last Supper has endured centuries of controversy, neglect, and difficulty. Leonardo, The Last Supper, translated from the Italian, is the definitive document of the recently completed project to reverse these centuries of decline by restoring the painting and preserving it in a manner that generations of conservators have failed to do.

The technical problems with the Last Supper began as soon as Leonardo started to paint it. He jettisoned the traditional fresco technique of applying paint to wet plaster, a method unsuited to Leonardo's slow and thorough execution, and created the work instead with an experimental technique that involved painting directly on the dry plaster. With this renegade method, Leonardo rendered one of the most enduring painting techniques volatile and unstable. Added to this initial complication have been centuries of pollution, tourists, candle smoke, and the ravages of age, not to mention food fights in the refectory staged by Napoleonic soldiers and Allied bombs in 1943. By the middle of the twentieth century, the Last Supper was in desperate need of a complete restoration.

Pinin Brambilla Barcilon was chosen to head this twenty-year project, and Leonardo, The Last Supper is the official record of her remarkable effort. It first documents the cleaning and removal of the overpainting performed in the other attempts at restoration and then turns to Barcilon's meticulous additions in watercolor, which were based on Leonardo's preparatory drawings, early copies of the painting, and contemporary textual descriptions. This book presents full-scale reproductions of details from the fresco that clearly display and distinguish Leonardo's hand from that of the restorer. With nearly 400 sumptuous color reproductions, the most comprehensive technical documentation of the project by Barcilon, and an introductory essay by art historian and project codirector Pietro C. Marani that focuses on the history of the fresco, Leonardo, The Last Supper is an invaluable historic record, an extraordinarily handsome book, and an essential volume for anyone who appreciates the beauty, technical achievements, and fate of Renaissance painting.